Over the last five years or so, the majority of my photographs have been taken using my mobile phone (an HTC); easy to carry and easy to shoot from the hip / chest (?) with. I’ve been really happy with the quality of pictures I’ve taken with it, some of which I may share on this blog in future. Over the last few months, it’s been giving me a bit of trouble though, and the quality of pictures has been less great; I probably need an upgrade. Happily, I have two analogue cameras that I’ve started using more regulary in the mean time.

I’ve always loved the surprise of film; the wait and reveal. Sometimes the pictures are a let down, sure, but often they are very special.  When I moved to London in 2007, lomography was shiniz and I bought myself a Lomo Fisheye 2. I took it with me to Belgium, and promply lost the removable fisheye viewer which fits onto the hotshoe, down a narrow lane in Bruges. Still, I continued to use and have a lot of fun with it until last year when it finally packed up on me. A lot of film went through its guts, so I was happy to retire it.

Two or so years ago I was clicking around eBay, and stumbled on a variation on (clone of?) a (lomography) Diana, called Harrow. The appeal was immediate, because I happened to have spent a lot of my time in London in Harrow. It’s been a bit hit and miss with this one. It leaks light, but has rewarded me nicely a few times. I’ll be sharing some of the results I’ve had with it on this blog. 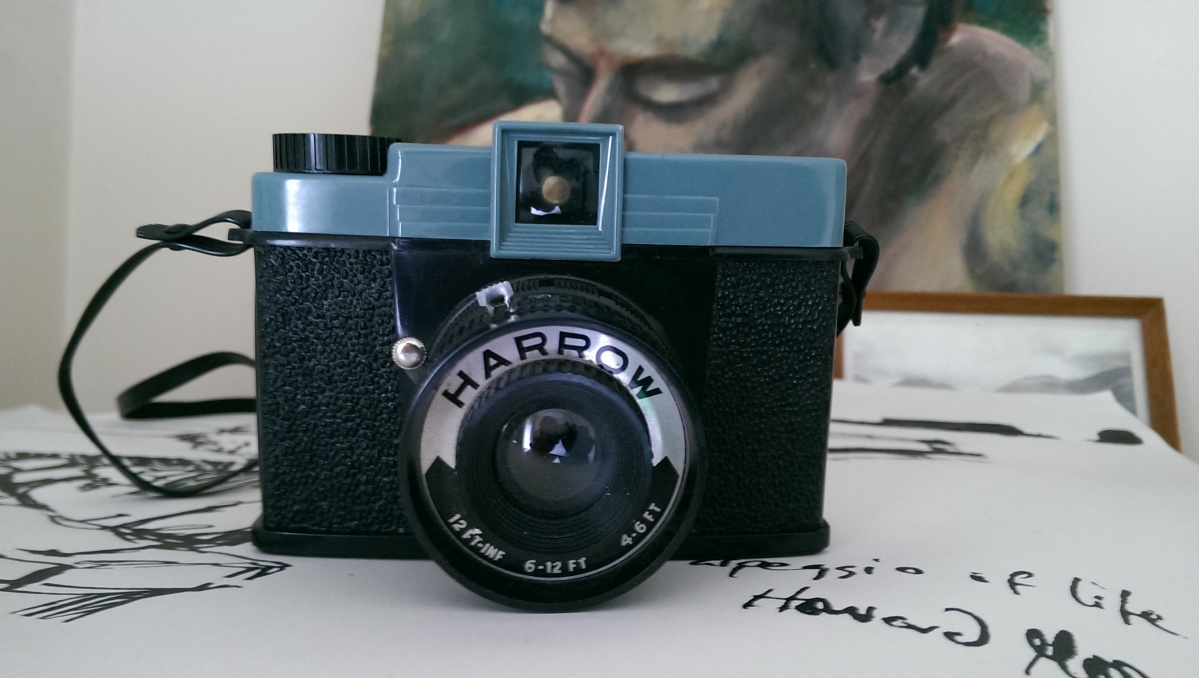 In August this year I acquired a second hand Konica C35. Again, hit and miss, we’re still figuring each other out, but so far I am liking this camera a lot. Again will share results in separate blog posts. 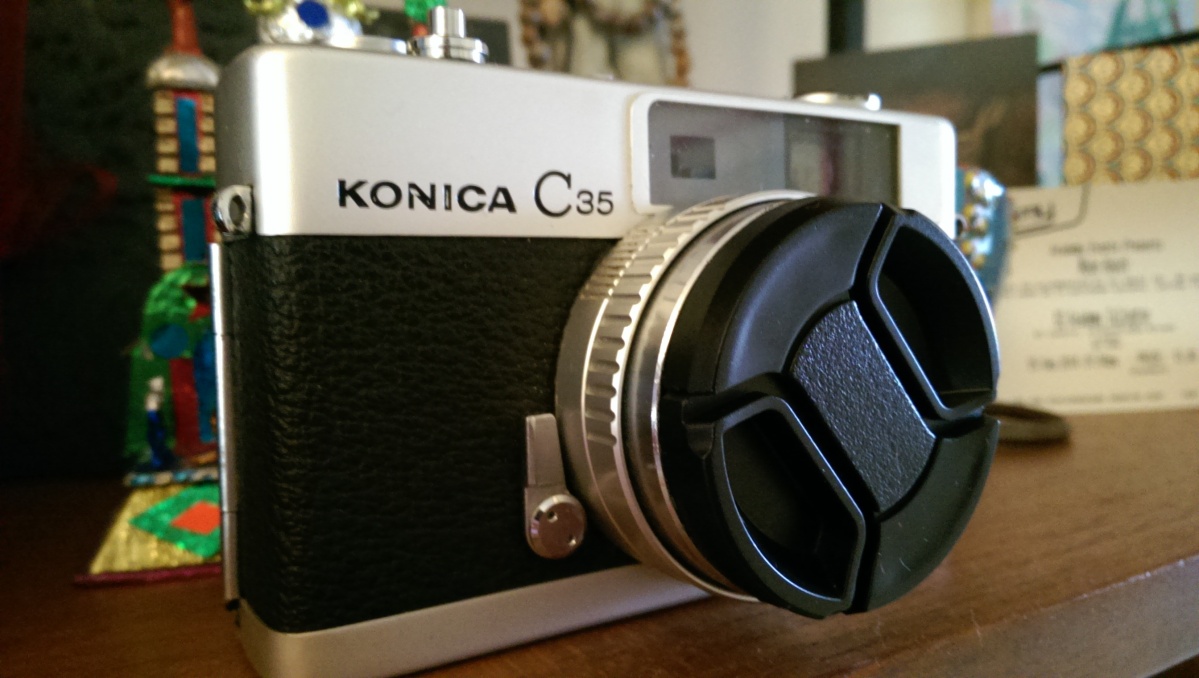 In my arsenal, I also have a camera gifted to me by a Russian friend. I had a fun weekend, lugging this brick around London once. Approaching and taking pictures of interesting strangers, only to have the film developed and find there is nothing on it. Bummer. It probably needs a good clean / service, but I’ve not got around to doing that yet.

I look forward to sharing pictures; results from analogue, digital and mobile photography, with you on this blog.